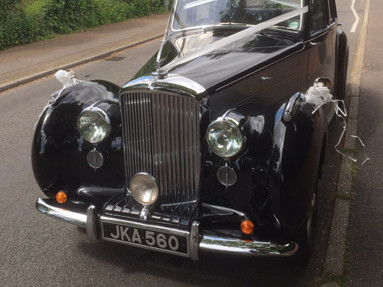 The Bentley Mark VI 1was manufactured between 1946 and 1952. It was the first luxury car produced by Bentley after the war. It was also the first car that had all-steel coachwork. This was an expensive model but a huge success. This was in a way a variant of the Rolls-Royce Silver Wraith that was released in 1946. It had the same steel body but a larger boot area.

It had a straight-six engine 4.25lt with around 30 hp. A 4.5 litre version was released in 1951. There were both right and left hand drive versions available.

The Bentley Mark VI  had a modified engine and chassis. It resulted in higher performance. It was also used by coach builders as what was later known as Bentley Continentals. It was among the most expensive production cars in the world.

I bought Mabel, named after my Grandmother, in 2006. She needed a fair amount of work doing,, then running well for ten years. Recently had new clutch and flywheel with brakes overhauled, black has been repainted so will be back in March 2018. She has also appeared in the third series of Endeavour. Frequently used as a Wedding Car